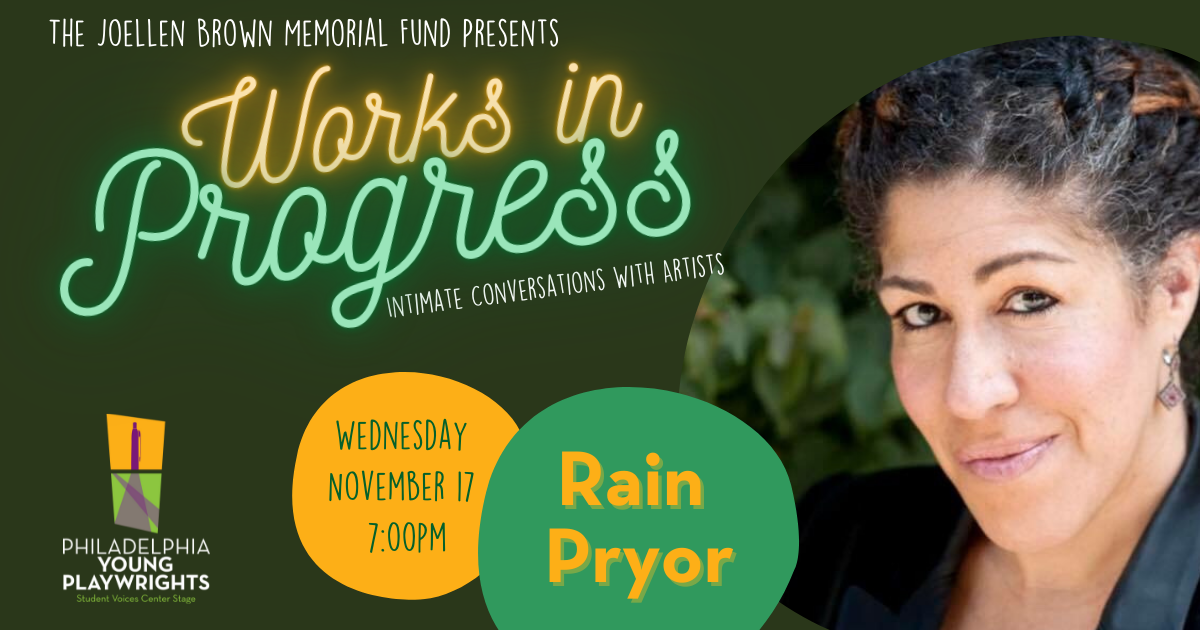 Make a donation and watch a replay of the event!

Rain Pryor: a daughter, an artist, an activist. 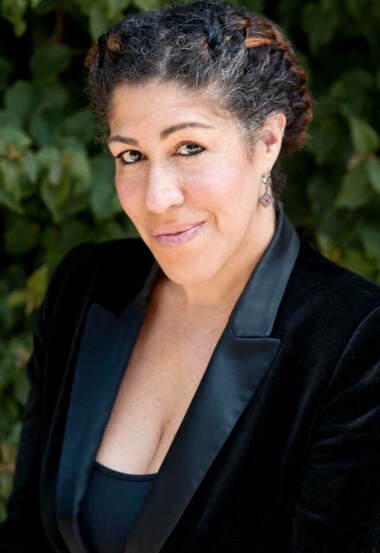 Rain Pryor is a entertainer, director, writer, playwright, speaker, activist, wife and mother. Pryor wants to assist you in finding and living out your desires, and, breaking down racial biases.

Rain, shares her views on race and has lead panel discussions on diversity in education and in the entertainment industry at Princeton University, The Jewish Federation of Los Angeles, Chicago and Baltimore.

Pryor, has also received honors for her commitment to arts education by Business Women of Baltimore, and Baltimore Department of Education.

Her leadership skills began back in the early 90s when Rain was part of a gang ceasefire in Los Angeles, and was an substance abuse dual diagnosis counselor, and helped establish treatment protocols for two rehabs in Los Angeles. Rain used all of her experiences to run for local office in Baltimore MD in the 3rd District.

Pryor is currently a Schusterman Fellow, developing her leadership skills and participating in panel discussions on race and intersectionality. She’s also on the board of the Columbia Arts Festival and Jewish Women’s International Board of Trustees, Mosaic Board, and has a DEI certification from Cornell University.

Rain is a truly brilliant performer. Her performances are considered thought provoking through truthful storytelling, and she has spot on mimicry, which landed her to be nominated by the NAACP three times. She won an NAACP for her irreverent solo show “Fried Chicken & Latkes, and for her role as the evil stepsister in the Michael Jackson produced musical Sisterella. She was nominated for the prestigious ADELCO Awards for her Off Broadway run at the National Black Theatre in Harlem.

Her writing and performance has lead to a television development deal with Norman Lear, the creator of The Jefferson’s and All In The Family. And she is currently writing and creating pitches for new television series.

Pryor was nominated for the African American Literary Award in 2007 for her biography Jokes My Father Never Taught Me, Life Love & Loss With Richard Pryor, and has won numerous Black Short film awards for That Daughter’s Crazy documentary.

She is also a director, who is known for her superior work ethic, and integrity. Rain co founded Baltimore Theatre Works, that brought theatre to underserved schools. She taught acting at Center Stage, Baltimore School For The Arts, and was honored at Coppin State University Theatre Arts Conference in 2019.

Rain, was artistic director of the Strand Theatre in Baltimore in 2010. She directed three of their highly successful shows and brought the company into a financial surplus. She left after her solo show became a hit Off Broadway.

“Mother May I’ by humorist, Dylan Brody was Pryor’s directorial debut. The show was the Strands first World Premier and was sold out. The DC Theatre Scene -

“You know a dysfunctional family drama is working when you think to yourself !My family is crackers, but they are nothing compared to this brood.” That"s what happens during the second act of Mother, May I, the world premiere production of Dylan Brody"s dramedy presented with neurotic panache by director Rain Pryor at Baltimore"s Strand Theater.” - DC Theatre Scene
*for full review https://dctheatrescene.com/2012/09/25/mothermay-i/

“Fried Chicken and Latkes" is Pryor's award winning solo show, a hilarious and heart-wrenching story of growing up black and Jewish in a politically incorrect era. Her father was comic genius Richard Pryor, and her mother a Jewish GOGO dancer, turned astronomer. Discover how Pryor finds her identity in both worlds, and works to change ours.
Directed by Eve Brandstein.

Pryor has received rave reviews from Los Angeles Times "Critics Choice" and her singing voice and sense of timing were hailed as rare gifts. NY Times "Critic Pick" and NY Times review said, "..she has an outsized presence built for Broadway." "Fried Chicken and Latkes" played to sold out crowds and standing ovations every night at the 375 seat theatre in Beverly Hills, CA, and repeated that success at the Culture Project in New York, Chicago, Ohio, Virginia, Texas, Scotland, Atlanta, Harlem, North Carolina, Arizona, San Jose, and Santa Monica CA.

She currently resides in Baltimore, with her husband Dave Vane, and daughter, but calls herself Bicoastal, flying back and forth between home and Los Angeles.